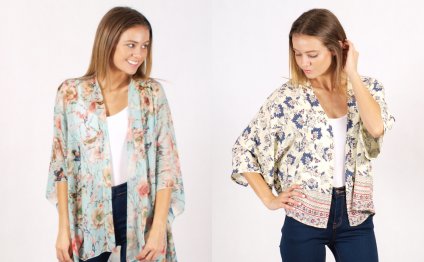 Will you be feeling blue this autumn/winter 2014, like designs within opening program of London Fashion Week, J. JS Lee? (Picture: Tristan Fewings/Getty Images)

Despite London Fashion Week becoming famed for the most initial and cutting-edge designers, there was a noticeable alignment of trends and tips across some of the biggest brands recently.

This made the work of recognizing the styles easier than you think. It’s the wearing of these that may show a little more challenging. Even though the creativity had been dazzling, I’m perhaps not yet convinced how translatable some of the styles is. Fans of minimalism, beware! There’s no avoiding the definite change towards a ‘more is much more’ appearance.

Therefore here goes. The Most Effective 5 styles spotted so far…

All the major labels – Burberry, Temperley, Peter Pilotto, Giles – showcased outfits with several, matching levels. The most frequent form of this trend had been a matching scarf/coat combination, as seen at Burberry and, undoubtedly, this will be copied because of the high street.

However, the matchy matchy-ness in addition appeared in various other guises. Peter Pilotto’s utilization of matching mountain vistas across dresses, tops and coats ended up being particularly lovely and, in the place of experiencing repetitive, gave the effect of an attractive multi-layered artwork. Likewise, Temperley presented some beautiful dress/scarf twinning.

Geometry, expressed through printing, forms and interesting designs, was current throughout the catwalk recently. Perhaps the most initial using it absolutely was at Christopher Kane, where complex origami-style folds showcased on outfits to spectacular effect.

Roksanda Ilincic and Jonathan Saunders additionally championed the geometric trend, integrating the idea into both print and slice. The nuance this year usually geometric shapes are appearing in the context of a general gentler, folkier look (more about this later) as opposed to the strong, monochrome style that's been available for the last few seasons (reacall those black, white and yellowish Louis Vuitton diamond forms? We’ve moved on from those).

MORE: The highlights from day four of London Fashion Week

Nowadays, if Cara’s wearing it, it is on trend. So the woman selection of a royal blue custom-Mulberry fit to launch her brand-new case is quite informing – this color is when it’s at. Royal blue was also a significant color trend at New York Fashion Week and, in London, it is also been throughout the catwalk. Thankfully, it's an almost universally flattering colour, therefore embrace it!