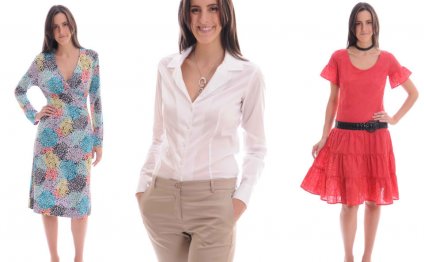 To say the fashion industry is trend-based is an understatement. Trends come and go – whether clothing styles or “it” girls or even business models – so quickly that it is hard even for people who work in fashion to keep up. The newest trend in the industry, however, may catch some by surprise.

A bit unexpected: The concept of closing the clothing loop through recycling, donation and various other models is now the trend du jour for brands. From bigger retailers such as H&M, Madewell, and Patagonia to newer direct-to-consumer brands such as Reformation, M. Gemi, and yours truly – — companies are driving increasing awareness of programs that leverage used clothing as a source of regeneration and offering rewards to do so.

Similar to “ethical fashion, ” this new trend is propagating with a wide variety of models that make it difficult for the end consumer to discern which are best. In addition to the different types of models, there is often a lack of transparency with the end results, especially around donation programs.

The types of programs brands are employing fall primarily within three key categories: consignment models, donation models, and new, alternative methods, such as fiber processing – which brands such as H&M are focusing on and involves disassembles clothing to the fiber level, to be re-used in new production.

Consignment models can be direct or more implicit. Direct consignment models, exemplified by companies such as The RealReal or ThredUp, allow consumers to sell used pieces online. Pieces go through a curated vetting process, but consumers directly make a percentage of sales. These companies are providing an easy way for consumers to make some money on their used clothing – especially higher end pieces.

What’s interesting, however, is that some brands who offer donation programs are also participating in consignment, but behind-the-scenes. For example, American Eagle Outfitters asks consumers to drop off used clothing at any of their stores and states that proceeds from the program will be donated to the Student Conservation Association “empowering new generations of environmental leaders” (source: American Eagle blog post). While there is an element of donation, the clothes are actually being sorted to “determine their most effective next use” which includes being sold as second hand clothing.

Duncan didn t develop the term, however. That success would go to K-HOLE, an innovative new York-based trend forecasting…