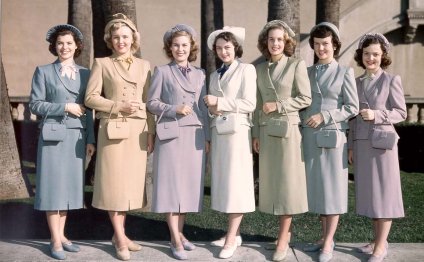 Everyone really loves Volkswagens, PONG and Ziggy Stardust. Here are 30 reasons you ought to remember the 12 months 1972:

2.) "Grease" had its very first Broadway run, spreading the gospel "A hickey from Kenickie is similar to a Hallmark card" all over.

5.) ABBA had been created! MAMMA MIA!

6.) PONG became the very first commercially effective gaming. Look how fun it appears to be!

7.) The Miss Universe swimsuit competitors ended up being since strange as ever.

8.) "Last Tango In Paris" stumbled on theaters, forever altering how you view a stick of butter.

9.) Bill Cosby talked to kids about medicines... And won a Grammy for it.

11.) If you were wondering, you could give a family group of four for less than .

12.) Duane "The Rock" Johnson was created. (Please take a moment to assume a baby version of The Rock.)

13.) Christopher George Latore Wallace, aka "The Notorious B.I.G." was created, possibly searching something such as this.

14.) The electronic watch made its clunky debut.

15.) Luca Brasi slept with all the fishes. RIP Luca.

16.) Advertising was kind of in pretty bad shape.

17.) Marshall Bruce Mathers III came to be in Missouri.

18.) This Easy Bake oven advertisement was making us so hungry. So hungry.

20.) Richard Adams' "Watership Down" ended up being published, a great deal toward dismay of 8th graders on summertime holiday every-where.

23.) New revolution band Devo formed, while they won't develop this treasure until 1980.

24.) HBO stumbled on a tv towards you, taking violence, nudity and obscenity into the comforts of the living room. Hooray!

25.) Hunter S. Thompson had his first foray into Gonzo journalism with "worry and Loathing in nevada."

26.) "So damp and creamy you understand they may be fresh. And that's why they taste brilliant." Actually, Hostess?

28.) Matchbox 20's Rob Thomas was born; thoughts of "Smooth" had been in movement.

29.) Airplanes boasted free cocktails for everybody and extremely half-clothed stewardesses.

Within our new HuffPost Arts & society series, Throwback Thursday, we're revisiting the best in pop music culture from the annals of history. Revisit the hottest films, songs movies, styles and forgotten lingo you never believed you missed... until now. Make sure to inform us which 12 months you would like to commemorate next when you look at the remarks.