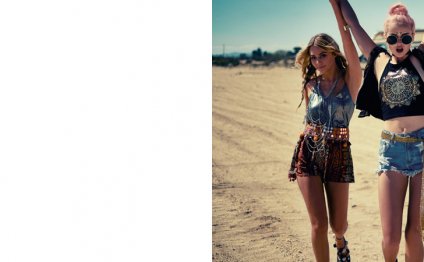 Latest trends in fashion for Ladies

Sabrina Sgotto sashays toward a bridal shop mirror draped in lace and sheer white tulle. It circles her tiny frame, reveals the silhouette of her legs, plunges in the back and gives a peek-a-boo look at her breasts.

The latest trend to hit bridal runways and boutiques is all about sheer.

Some stylists and wedding boutique owners say the barely there look is driven by the party atmosphere at modern weddings, while others point to celebrity inspiration and the red carpet looks of Beyoncé and Kim Kardashian.

Whatever the reason — the naked dress is in demand.

“Things have gotten a little bit sexier, ” said Andrea Anastasiou, owner of White bridal boutique in Toronto and Montreal. “For someone who really wants to be a lot more sensual, it means that there’s an option for her to really show off … her body.”

Strategically placed embellishments won't hide much in this dress — it's about as close to naked as a bride can get.

Anastasiou took notice of the transparent trend three years ago when clients started coming in holding up photos of sheer dresses by obscure Israeli designers she’d never heard of. It became clear the brides-to-be were digging up the designs from sites such as Pinterest, where women were abuzz about little-known designers.

Now, almost every bride asks for a naked dress, she said.

“It really has been a crazy phenomenon, ” Anastasiou said, adding that not all her brides end up buying the risqué garb they try on.

For Erica Wark, a Toronto stylist, a naked dress was an unconventional choice that matched her bridal aspirations perfectly.

“I always knew that I was never going to be the traditional bride, ” the 29-year-old said. “It just didn’t do it for me.”

Her winning gown — one by Zuhair Murad from Kleinfeld at Hudson’s Bay — was truly a naked dress.

“It looked like bubbles, almost, that were obviously covering the parts that needed to be covered, ” Wark said with a laugh. “The rest of it was sheer through the legs.”

Wark insists she never worried about being too exposed — partially thanks to her nude-coloured undergarments — and said the light fabric kept her cool in the mid-July heat. The dress was tasteful, ethereal and comfortable, she said.

“I’ve heard so many times of brides who couldn’t breathe all night. They’d tied themselves into a corset, ” she said. “I wanted to feel beautiful but I also wanted to feel comfortable.”

The trend started with Israeli designers Inbal Dror and Galia Lahav, said Anastasiou, but it’s quickly swept onto red carpets and into the mainstream. Celebrities such as Jennifer Lopez and Beyoncé popularized the naked dress in 2015 with their barely there Met Gala gowns and even well-known designers such as Vera Wang are incorporating naked elements into their dresses, said Anastasiou.

And despite the term “naked dress, ” the look isn’t typically a flagrant flesh buffet.

There’s usually a skin-coloured underlay that hides the bride’s delicate bits — while still giving the illusion of nudity — accompanied by tulle that floats on the skin and lace that appears almost tattooed on, said Anastasiou. Detachable skirts can sometimes be added.

The Ciana dress by Ines Di Santo from the Fall/Winter 2016 collection. (GETTY IMAGES)

Still, naked isn’t for every bride.

“It’s not for the faint of heart. It takes guts to wear, ” said Wark, noting that the dress sets the tone for the evening and a naked dress probably means your wedding will be “a really great party, ” she said.

She insists that any bride can look good nearly nude, but wedding industry insiders say those who typically buy them are fit and slender.

“You’re very confident with your figure. You probably worked hard on your figure, ” said Tara O’Grady, owner of Bliss Events wedding planning in Toronto, who likens the typical naked dress bride’s body to that of a model’s and says the woman is usually very fashion-focused.

But even with confidence, rock hard abs and avant-garde style, there’s still the risk of offending grandma.