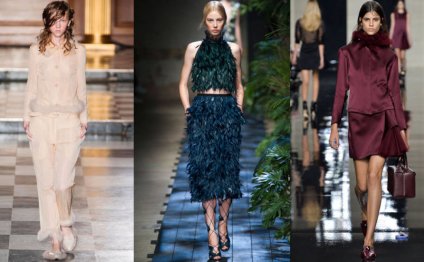 Hold on to your (floppy) hats! SS15 is full of 70s manner throwbacks, plus covetable declaration denim and warrior-worthy accessories. Will you get haute hippie à la Gucci, carry an elegant saddle-bag, or spend the whole season flouncing around in a dreamy tulle confection by Christopher Kane? Your choice is yours...

(preceding image: Saint Laurent, home Of Holland and Tommy Hilfiger spring 2015 manner programs)
Denim Delights
Denim? A brand new trend? It could sound like were saying the obvious, but manufacturers had been determined to put their very own stamp on everymans favourite textile this season.

Energy Chic
Marc Jacobs dissected armed forces uniforms, resulting in a surge of plot pockets and eyelet detailing. In other places, the simple parka was handed a glittery makeover at Rodarte, and Ralph Lauren worked khaki into no fewer than 32 of his 50 program appears. Now that's the level of a true pro.
Crucial springtime 2015 trend piece: A glammed-up parka covered in *really useful* patch pockets.

Tulle Cool
Frequently set aside for couture confections, tulle made its mark-on some (somewhat) much more useful pieces on SS15 shows. Burberry belted its classic trench coats with blasts of sugary colour, while Christopher Kane executed controlled explosions through the hips and shoulders of sleek dresses in a well-assessed stability of prettiness and polish.
Crucial spring 2015 trend piece: A tulle dress.

Sweet Suede
Along with much more apparent Seventies stylings, suede appeared in some totally modern, even workwear-appropriate separates this year. Suede is having a proper moment  we purchased much more for spring 2015 than in the past,  Ben Matthews, purchasing supervisor at Net-a-Porter, tells us. Key pieces feature Loewes Harlequin bag, Theorys culottes, Equipments shirting and Chloés belted trench. Select pastel colours, super-fine weights and butter-soft finishes to make the fabric summer-ready.
Key springtime 2015 trend piece: take your pick with this specific one.